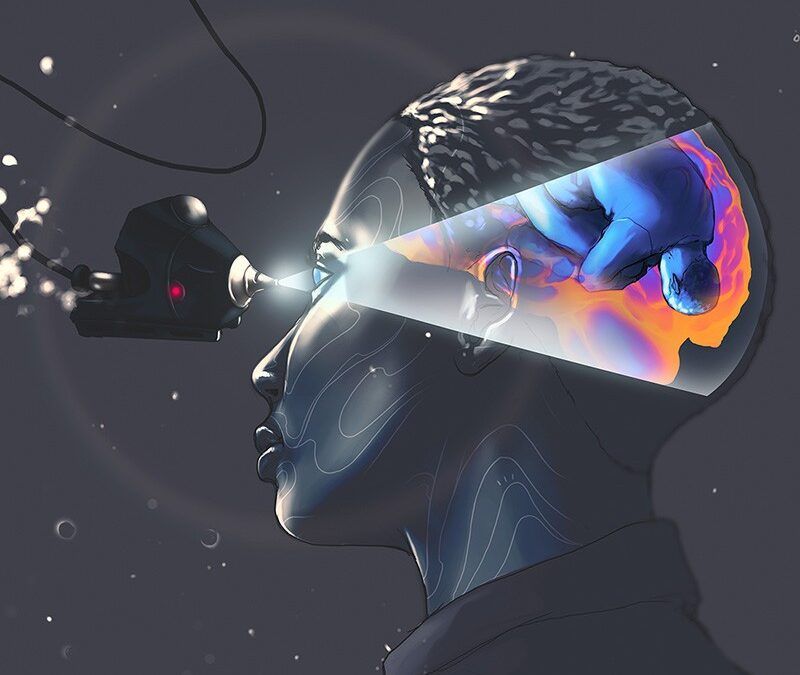 «Schizophrenia — a severe mental-health condition that often involves psychosis — has long been an enigma. Before the early twentieth century, psychiatrists thought that it comprised several disorders, which were given labels such as ‘catatonic syndrome’ or ‘adolescent insanity’. And for much of the past century, researchers considered schizophrenia to be an illness of only the mind, and sometimes even attributed it to bad parenting. Although it has since been established that schizophrenia’s symptoms have biological origins, and some risk factors have been identified, its precise causes remain unclear, and its diagnosis is complicated and can be subjective.

To improve diagnosis and tracking of schizophrenia, researchers have been hunting for biomarkers — measurable physiological signals that can indicate a condition’s onset and progression. And in the past decade, research has begun to point to a promising source of such signals: the eye. For instance, the thickness of a person’s retina — the layer of light-sensitive tissue at the back of the eye — or the retina’s response to light could provide early signs that an individual is affected by or at risk of schizophrenia. “The retina is essentially a proxy for what’s happening in the brain,” says Steven Silverstein, a clinical psychiatrist at Rutgers University in Piscataway, New Jersey.

The potential to use the eye as a window on the brain goes beyond just schizophrenia. As understanding of the links between eye and brain health deepens, evidence is building that changes in the condition or function of the eye can hint at the presence and progression of neurological disorders, as well as brain injuries such as concussion. With that in mind, researchers are now taking advantage of improved imaging technology to develop simple, minimally invasive tools for examining the eye and vision to help screen for, diagnose and monitor neurological and mental-health conditions.»